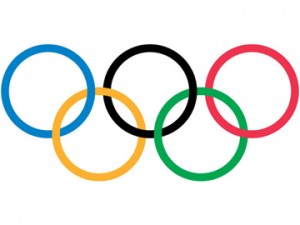 Did you know that the first Winter Olympics were in held in 1924 at Chamonix, France?  A lot has changed since that first game.

1.  The attendance at the games in Chamonix was 10,004 paying spectators.  Sochi has plans to sell 1.1 million tickets, according to the International Olympic Committee marketing document.  “Bloomberg Businessweek”

4.  Technology has come a long way since 1924.  To see a video of the first Winter Olympics click here.  “This year NBC Universal has 40 percent more capacity, including 19 broadcast/cable networks and more than 60 websites to promote the upcoming Winter Games than it had in Vancouver 2010” according to TV News Desk.

5.  According to Olympic.org, “In the opening parade of delegates [Chamonix] many athletes marched with their equipment on their shoulders (skis, hockey sticks, etc.).  Indeed, according to the rules in place at the time, the athletes had to march in their sportswear, and the skis or hockey sticks were part to their equipment.  Today, the delegations no longer wear their sportswear, but they try to outdo each other in terms of imagination to appear in all their finery.”

6. Canada won the ice hockey event by scoring 122 goals, with only 3 scored against them in that first Winter Olympics.  Beginning in 1998 a women’s ice hockey team was added to the Winter Olympic events.   Twelve teams will compete this year in the men’s tournament, eight in the women’s.

The Olympics have grown and changed in many ways.  Technology, rules, culture, and  society  have contributed to the change of the Olympics.

Celebrating the accomplishments of the athletes in this year’s Winter Olympics is fun. Watching all the countries around the world coming together in a symbol of unity is wonderful.  Every four years provides us with new faces, new rules, new venues, and new stories.

It is good to know that there is one thing that never changes and that is Jesus Christ.  While watching the Olympics this winter I challenge you to discuss some of the changes in the Olympics and then discuss how Jesus Christ never changes.  He is eternal (Hebrews 13:8), good (James 1:17), holy (Isaiah 6:3), and He is sovereign (Matthew 10:29) to  tell of just a few of His unchanging attributes.

There are teachable moments all around us.  Do we use those moments to just teach current events or do we teach for eternity?