Daily Truth:  “And every man that striveth for the mastery is temperate in all things. Now they do it to obtain a corruptible crown; but we an incorruptible.”

The Winter Olympics start this week in Sochi. I love watching the Winter Olympics – especially the opening night.  I suddenly feel even more patriotic watching the U.S.A team march into the arena.  Never mind that they usually are the best dressed team there. Maybe it’s always in the back of one’s mind what it would be like to be an Olympian and an Olympic champion. The year the Summer Olympics opened in China also happened to be my oldest daughter’s birthday.  So, of course we had shirts made with 08-08-08 on them.

Here are some ideas to make the Winter Olympics fun even for your little guys.

1.  Indoor Ice Skating – If you have hardwood or linoleum floors, have the kiddos put on “slippery” socks and ice skate around the room.  Have the kids perform their own figure skating routines complete with music. 2.  Slalom Skiing – Put a piece of tape on the floor.  Have the kids jump back and forth over the line with their knees together.  See who can do the most jumps in 20 seconds. 3.  Bob Sledding – Cut a wrapping paper tube or paper towel tube in half length wise.  These are the bobsled tacks. Have two cars race down the tracks to see who is the fastest. 4.  Snowball Toss – If you have snow, have the kids make snowballs.  Then see how many snowballs they can throw through a hula-hoop.  Do an indoor snowball toss with the same idea.  If you don’t have indoor snowballs make them out of wadded up newspaper. 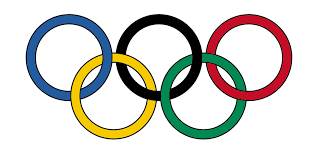 Here are some other extra’s you can do to make the Winter Olympics more fun for your kiddos. 1.  Make your own Winter Olympics medals out of streamers and aluminum foil or out of ribbon and construction paper.  You can also make them edible by getting plain donuts and stringing a ribbon through the center. 2.  Pull out your American flags and decorate an area for the “award ceremony” for the winners of your own Winter Olympics. 3.  Get some American Flag paper plates at your local party store and eat your dinner on them the night of the Winter Olympics opening ceremonies. 4.  Play the Olympic theme song.  (Summon of the Heroes by John WIlliams) 5.  Since the Winter Olympics are being held in Sochi, find a recipe for a Russian dish. My sister spent a summer in the Ukraine and said she loved the stuffed cabbage rolls.  So, we are going to try that and make a Russian Tea Cake.  There are tons of other ideas out there including beef stroganoff. 6.  Have the kids decorate their own Winter Olympic wear by having them paint white shirts with the Olympic colors. 7.  Wear red, white, and blue that day or if you can find your Fourth of July shirts, where those to show your team spirit. Paul refers to the training and rewards that athletes of his time would face in I Corinthians.  The athletes in Paul’s day didn’t receive a gold, silver, or bronze medal.  Rather they received a crown made out of olive branches.  We all know how long those survive. 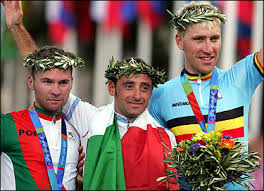 Today’s athletes train hard, keep all things temperate (I’m sure very few chocolate chip cookies are consumed during training), work to keep their bodies under control all for a moment of glory and the possibility of obtaining a medal. Yet, as Paul states, it is corruptible. We as mom’s are in training as well.  Oh, we most likely are never going to get our moment of glory and receive a medal like the Winter Olympians.  However, we are striving and training for much more.  We are striving for an incorruptible crown. As we train and teach our children, remember that our crown is incorruptible. Until Next Week, Rebekah