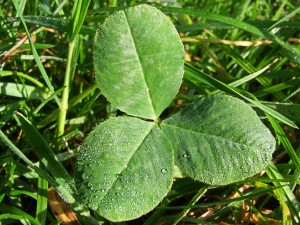 Saint Patrick’s Day is the celebration of a man that told his homeland of Ireland about Christ.

Saint Patrick is not really a saint with a capital S as he was never authorized by Rome.  He was a saint in the Christian definition as a saint is “one who is holy and set apart”.

Patrick was sixteen years old when he was taken from his homeland in a raid and became a slave.  He was taken to, at the time, the pagan country of Ireland.  While there he wrote that he prayed nearly a hundred times a day.  He was a slave for six years until he managed to escape.

A good book to teach young children about St. Patrick’s Day is “The Story of Saint Patrick’s Day” by Patricia A. Pingry and Illustrated by Pamela R. Levy.

A fun snack to make is the Shamrock Shake:  Place 1 pint (2 cups) vanilla ice cream, 1 cup milk, 1/2 teaspoon of peppermint extract, and green food coloring into a blender.  Blend on high until smooth.  Pour into glasses and top with whipped cream and green sprinkles.

A good craft to emphasize the trinity is the Shamrock Craft:  Cut the top off a green pepper. Place open end of pepper in green paint and begin stamping. As read in the book of Philippians Paul greeted fellow Christians or saints with joy so too should we.  Bake some sugar cookies with your children and add green sprinkles or sugar to decorate.  Share these cookies and joy to your neighbors.

Paul and Patrick are examples of men that reached out to others.  They both told others about Jesus Christ and His Word.

Enjoy this day, reach out and share the Good News of Christ.

For more Saint Patrick’s Day craft and food fun please check out my Pinterest board http://truthsfortots.com/saint-patricks-day-facts-and-fun/ 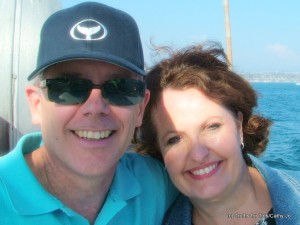