Daily Truth:   “You will be enriched in every way to be generous in every way, which through us will produce thanksgiving to God.” 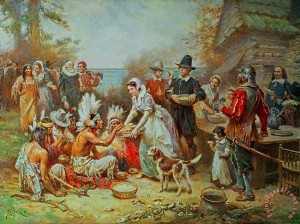 That first Thanksgiving was filled with great joy.  The Pilgrims had suffered adverse conditions on both water and land.  The Native Americans had helped the Pilgrims in numerable ways.  A celebration was in order.  A celebration which lasted three days shows their great thankfulness and the great abundance of food that was produced.

Two books that not only share facts but highlight God’s working in both the Pilgrims and Native Americans lives are:

Thanksgiving:  A Time to Remember by Barbara Rainey 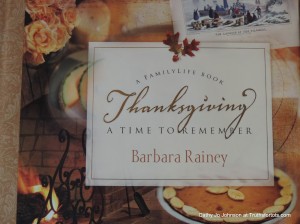 Squanto:  And the Miracle of Thanksgiving by Eric Metaxes 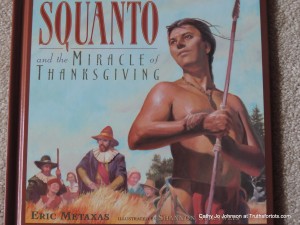 Listed are just a few of the miracles from these two books so you can see the hand of God in this celebration we call Thanksgiving.

Though it took several years for Squanto to get back to America he had learned about God and the English language.  When the Pilgrims arrived in America the Native Americans greeted them.  Since Squanto knew English he helped them in many ways.

God’s providence is seen throughout history.  Not only in history that we read from a book but in the history of each person.

As you celebrate and count your blessings remember those who came before you and those who will come after you.  Each person has struggles, hardships, joys and blessings. When God is sought in every situation God always shows Himself faithful.  Our timing is not God’s timing so waiting is part of the process.  We need to pray and allow God to work and show Himself faithful to us and our families.

Wishing you all a very Happy Thanksgiving. 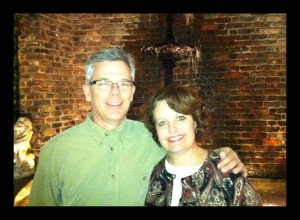